Will solar panels be a shiny new trend for the roofing industry?

When Tesla unveiled their solar roof in 2016, it made waves throughout the roofing and home construction industries. For many people, this was their first exposure to the technology and showed how when planned correctly, solar panels can be productive while also not looking out of place. While this particular form of solar panels on roofs was new, the technology has actually existed for quite some time. Many residents in areas with high sun use them as a primary source of power. But are they really an efficient, cost-effective solution? And do they work as roofing in areas with less sunlight like the cloudy Portland region?

[idea]Under 20% efficiency? Most solar panels have an efficiency rating of under 20%, meaning that 20% of the energy absorbed can be converted into usable electricity. While this may seem extremely inefficient, the sun produces a substantial amount of energy. And as a natural source, being inefficient doesn’t add costs with solar panels, but merely decreases savings instead. [/idea]

How much do solar panels cost?

The specific cost varies widely depending on the specific location and layout of your home and its roof type. A good portion of the upfront cost includes installation, which often takes several weeks from start to finish. 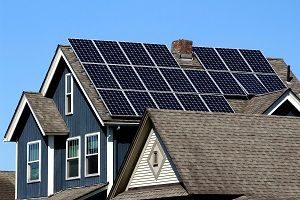 Can I live off-grid?

A lot of people choose to stay connected to their power utility company in case of dips in solar energy, but many utility companies offer another incentive. Sometimes, solar panels produce more energy than can feasibly be used in a day. In these instances, many companies will buy the excess energy from you, meaning they pay you to provide them with power they can redistribute. This can be anywhere from a few dollars to several hundred a year, depending on how much your home uses, and isn’t an option if you live off-grid. 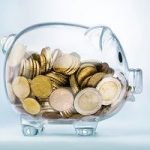 So will it save me money in Portland?

Ultimately, the answer to this question comes down to how much power you use in a month. Oregon and Washington have some of the lowest power prices in the country due to the abundance of renewable energy sources. Some of the electricity produced in some counties already uses some solar energy as a power supply, and companies pass on these savings to the consumer. What about an average family in the Portland metro area? Most likely, an average family will pay more for solar. Because of the low cost of local utilities and low levels of sunlight, for most people in Portland, it would be beneficial to wait for further advances in solar power technology.