Things to Know About Lake Oswego 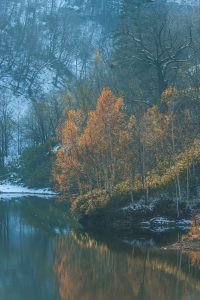 Dr Roof Inc is proud to server the area with roofing in Lake Oswego and home exterior services. This beautiful, highly-cultured city abounds with rich history. Founded in 1847, the city sits south of the Portland metro area. It got its start as part of a short-lived iron boom that lasted from 1861 until the turn of the flowing century. At that time, the city entrepreneurs turned their attention to real estate development and generating power.

Prior to Euro-American settlers, the area was occupied by the Clackamas Indians. As was common during the era of European exploration, early contact spread disease that wiped out a majority of the Native American population. Between 1806 and 1855, the 11 villages documented by Lewis and Clark had dwindled from a population of around 1,800 to only 88 individuals. In 1855, those few survivors were relocated to the Grand Ronde Indian Reservation.

In 1886, a the first railroad was built connecting Oswego, as it was called at the time, to Portland. That connection to a larger city changed Oswego from a remote area to one that was easily accessible. In 1914 the Southern Pacific Railroad and electrified the train, which served to further increase traffic to and from Oswego. The town began to grow and develop through the 1920s and 30s.

Paul Murphy, a local land developer built the Oswego Lake Country Club and promoted the city to new homeowners as a “place to work and play.” He also developed a water system in town.

The housing and development boom continued from the 1930s through the 1950s. Throughout the 30s and 40s, Murphy encouraged large, extravagant homes be the design of choice by architects and developers.

In 1960, Oswego annexed the neighboring town of Lake Grove and was then renamed Lake Oswego.

The private lake the city is named for has been expanded from the original lake, called Waluga (meaning wild swan to the Clackamas Indians). It is now managed by the Lake Oswego Corporation.

Today Lake Oswego is an affluent community that enjoys boating and many waterfront views. It encompasses 11.35 square miles. Residents and visitors enjoy a seven mile walking path around the lake.