Eat Beef (Or something else): Best Burgers in Portland 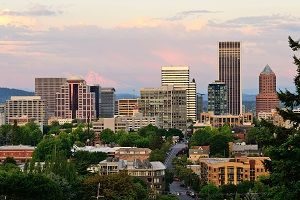 Which burger is best in Portland?

Burgers are perhaps the most ubiquitous food of American restaurants. Although the name might derive from Germany, hamburgers have become synonymous with American culture and overshadow its source material. You can pull up to practically any restaurant and not worry that they won’t have some kind of burger option available; at least a slab of beef between bread. But when you’re looking for the best of the best, it can be incredibly hard to find. For a roofing company, it’s easy with Dr Roof Inc, but for burgers, it gets a little complicated.

And because burgers are so popular in this country, a “plain” burger doesn’t cut it for everyone, something that’s especially common in Portland. Some prefer fried chicken; others want salmon or other fish. Then, of course, there’s the Vegan crowd that’s prominent in Portland, and people that are adventurous and want an exotic burger. Portland has good burgers for everyone, even if you want a good old-fashioned beef burger!

Tilt. Chicken burgers often need a little more flair to compete with their beef counterparts. Breaded chicken fillets are a very popular option, and though not as popular as traditional beef burgers, they still have a dedicated following. In Portland, Tilt has a chicken burger that has a wing up on the rest of the flock. Though not as weird as some things offered at local shops throughout Portland, Tilt has a chicken burger that upgrades a standard filet in almost every way. Its Freebird chicken sandwich is fried chicken breast with bacon and swiss cheese along with jalapeno slaw and bacon honey mustard. That combination of bacon with bacon mustard makes this one a surefire winner.

Tin Shed. With a name like Tin Shed, you might not expect anything beyond the bare essentials when you come in to eat. But the name was chosen for a reason. Emphasizing simplicity, Tin Shed uses this name to shows that their ingredients are fresh and not full of fillers or questionable chemicals. And the wild blackened salmon burger is no exception. The Salmon and Spice and Everything Nice burger is cooked to perfection, then served on a rustic, house made bun with chipotle aioli and pepper jack cheese. With the option of gluten free buns and a side salad instead of chips, eat one of the healthiest burgers around with no remorse!

Next Level Burger. Most people don’t associate vegans and burgers. But Next Level Burger has set out to change that. This burger establishment takes everything you think you know about burgers and turns it on its head. They want to make it a place where you can love animals and natural features one minute and eat a burger the next with no contradictions!

Claiming to be America’s first 100% plant-based burger place, Next Level Burger gives vegans the chance to learn what the rest of the population already knows; burgers are amazing. Some places offer one or two burgers for vegans, but Next Level Burger outshines all of them with over a dozen options. They have tofu and tempeh meat substitutes as well as Umami mushrooms and quinoa. They even have a house-made black bean veggie patty! With vegan-friendly sauces and extras such as grilled onion and sauerkraut, vegans can enjoy whatever they’d like off the menu. This includes the non-dairy shakes and chili cheese fries as well!

Dick’s Kitchen. With a self-aware name and attitude, Dick’s Kitchen has several types of entrees, but really focuses on burgers above all else. Like much of Portland, they serve 100% grass fed beef, but also emphasize that their beef comes from happy cows raised in a humane environment.

But Dick’s Kitchen didn’t stop at beef. They also carry a vegan burger, house-made veggie patties, ground turkey burgers, and a salmon burger too. And then they went one step further. Several places have salmon and turkey, but Dick’s has a “Special Guest Burger” that changes on a weekly basis, made from whatever kind of fresh exotic meat is available in the market. Past choices have included elk, venison, and wild boar. Occasionally, Dick’s Kitchen offers their famous “Dork Burger”, which is a half-duck and half-pork burger mixed together into one delectable patty. The weekly-changing special burger gives visitors the chance to try all kinds of unusual meats and see if they want to keep being adventurous, or stick to the tried-and-true-beef.

Stanich’s. There aren’t many burger options at Stanich’s on NE Fremont Street in Portland, but what the options they do have are exemplary. Stanich’s takes the hot spot due to a recent article by Thrillist magazine by burger critic Kevin Alexander, where he traveled to 30 major cities all around America and ate over 330 burgers searching for the best burger in America.

And Nick’s Cheeseburger from Stanich’s wasn’t just number 1 in Portland; it was number 1 in the United States. This included both fine and casual dining, from all corners of the country. And with under eight bucks getting you the country’s best burger and a side of fries, you won’t find a better deal anywhere around. 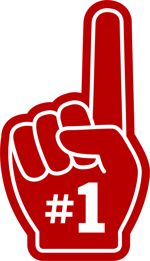